Helping a decentralized blockchain platform that allows users to communicate and exchange values securely and confidentially. 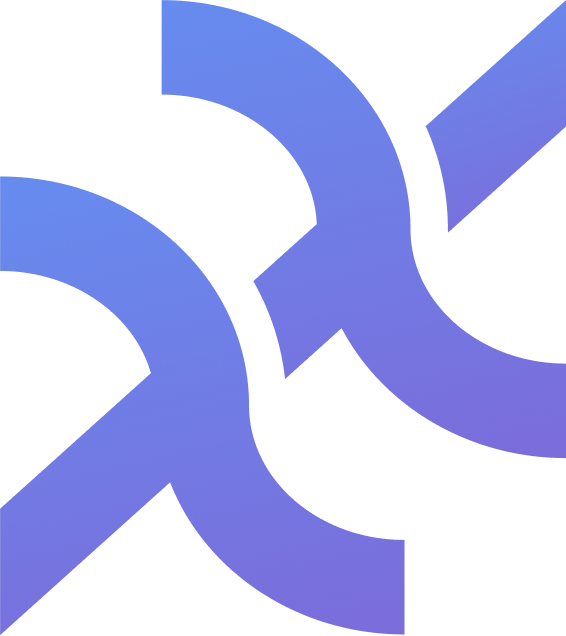 Elixxir is a transaction platform running on a full-stack blockchain. Elixxir nodes are the foundation of a privacy-protecting mix network that can support messaging, payments, and decentralized application (dApp) data transfer.

Storj is an open source, decentralized file storage solution. It uses encryption, file sharding, and a blockchain-based hash table to store files on a peer-to-peer network. Starting out in US in 2011, Storj now has over ten million users, and serves tens of thousands of agencies and organizations.

Elixxir met us when they were a small team of crypto enthusiasts run by David Chaum, inventor of DigiCash, the world’s first e-currency. They asked us to support them with a product design for their initial mobile app and later for one of the world’s most secure messaging apps - Elixxir Alpha messenger. A bit later during Berlin Blockchain week, Elixxir announced a new project, on which we are currently working, Praxxis - the world’s first quantum resistance blockchain, that will become a revolutionary technology for the entire blockchain market.

The creator of the first digital money system eCash, Dr. David Chaum, announced the launch of the new Elixxir cryptocurrency in September 2018. Elixxir aims to solve the main problems of digital currencies: low transaction speed, lack of privacy and scalability.
Chaum stressed that Elixxir will be resilient to potential disasters in the future.

"It is impossible to achieve high speed and scalability if the server needs to operate with public keys for every transaction," – said Chaum, adding that Elixxir will become the fastest cryptocurrency in the world.

Chaum proposed a kind of "workaround" – performing operations with public keys in advance. He is convinced that Elixxir will do this thousands of times faster than existing counterparts.

The developers also intend to use the confidential computing protocol to achieve maximum privacy. This technology was already being used in anonymity-oriented projects such as ZCash and Enigma. However, Chaum has made some changes to how the protocol works. Nodes on the Elixxir network (mixnodes) will perform confidential computations for each block of transactions. Moreover, the approach to public key operations could potentially allow Elixxir to minimize the threat of quantum computers.

In August 2019, David Chaum introduced the quantum-resistant cryptocurrency and blockchain Praxxis. The accompanying press release said that Praxxis featured a new approach to consensus, building on Chaum's 40 years of previous work on digital currencies, voting systems, and distributed consensus. According to the press release, the Praxxis consensus mechanism has several key features to achieve network speed and security. These include support for fast consensus through sampling of witnesses, a random mechanism to protect against network attacks, and compact confirmation signatures to resist quantum computer attacks.

Network confidentiality is ensured by the Elixxir cMix communication network layer, which hides user metadata by combining mixing with end-to-end encryption. In addition, to ensure the privacy of transactions, the Praxxis protocol splits payments into individual coins.

In April 2020, David Chaum received $ 9.7 million in a presale of xx coin to reward venture capitalists.

Pure instant messaging — simple, fast, secure, and synced across all your devices. Over 100 million active users in two and a half years.

Who Is The Founder Of Elixxir And Praxxis?

It is noteworthy that Dr. David Chaum was one of those born an "astronaut" long before the invention of rockets. In the 70s, when the first working prototypes of the Internet appeared, the issue of protecting data in an open environment became relevant. In 1978, David Chaum, a student at the University of California at Berkeley at the time, developed a blind digital signature — the public key encryption model. Chaum's development allowed the creation of a database of people who could maintain anonymity, while guaranteeing the reliability of the information they reported about themselves.

Chaum dreamed of digital voting, the process of which can be verified without revealing the identity of the voter, but primarily about digital cash. In 1981, Chaum published “Untraceable Electronic Mail, Return Addresses, and Digital Pseudonyms”. This document kicked off research into encrypted communications on the Internet that would ultimately lead to the confidential Tor technology.

But the privacy of regular communications was not a priority for Chaum. Probably, he initially had a larger-scale idea – private digital money.

“The question of whether information should be held in the hands of individuals or organizations comes up every time a government or business decides to automate a series of transactions. The future of society depends a lot on the approach that will dominate”, – Chaum told Scientific American in 1992.

Chaum's concept of digital money is based on the so-called blind signatures. Based on blind signatures, David Chaum created a new digital monetary system. Chaum's solution was the implementation of confidential payments. The idea was not new, in those days, private payments were extremely popular, but it also became possible in the digital world.

In 1990, almost 10 years after the publication of his first works and even before the birth of such developers as Matt Corallo, Vitalik Buterin and Olaoluwa Osuntokun, David Chaum founded DigiCash in Amsterdam. The company specialized in digital money and payment systems. She was also involved in a government program to eliminate toll points (which were eventually canceled) and smart cards (something similar to modern hardware wallets). The flagship product of DigiCash was the digital monetary system – eCash, with the CyberBucks currency.

The system has even been tested by several banks, and Microsoft was allegedly in negotiations to integrate eCash into Windows 95, but the venture has not achieved commercial success. Although the technology did not succeed in a business format, Chaum's ideas inspired a group of cryptographers, hackers, and activists linked by email. It is this group, which included DigiCash team members Nick Szabo and Zuko Wilcox O'Hearn [ZCash], that will become known as the Cypherpunks.

During the 1990s and early 2000s, they made several proposals in the context of electronic money systems. And only in 2008, 10 years after the fall of DigiCash, a certain Satoshi Nakamoto introduced the Bitcoin protocol in another mailing list, which became the successor to the cypherpunk group.

Bitcoin and eCash have little in common. The key point was that the centralized control of eCash was in the hands of DigiCash and the technology was unable to offer a completely independent currency. Even if every transaction in the world was conducted with eCash, the need for banks would remain to open accounts and confirm transactions. This means that despite its privacy, eCash was not very censorship resistant.

Chaum's work on digital currency, which began in the early 1980s, remains relevant. The Bitcoin protocol does not imply the use of blind signatures, but levels of scalability and privacy can be built on top of the blockchain. Developer Adam Fiskor used blind signatures to develop mixing technologies for Bitcoin, which was previously suggested by Gregory Maxwell of Bitcoin Core. The Lightning Network can also integrate blind signatures to improve security.

The list of our services for them includes product-design, identity, logo, creation of colors  – everything related to design, brand identity, digital identity. They have a lot of products –  Elixxirm, Praxxis, xx messenger, and we have made designs for them. In particular, for one of their most prominent products – xx messenger. It is the first smartphone dApp running on the xx network. The xx messenger offers unprecedented user privacy, as no other existing software, smartphone app, or dApp. It erases user data to prevent observers from making the connection between sender and receiver.

We also represented management services for them: I helped them to organize the effective work of their team. We also provided QA services for Elixxir.